The Filipino short film Pipo, which centers on a boy’s dream of having his family picture taken despite the odds, continues to establish its presence on the world stage after being officially selected to compete at the IndieCrete International Film Festival from August 19 to 21 at the Paradiso Theater in Crete, Greece.

Maliksi Morales stars as the boy who comes up with a lot of ideas, including making up rumors to convince an old photographer, played by Lou Veloso, to take a picture of his family at a bargain price. Chanel Latorre, Ramon Palencia, and Katherine Carel provide support as members of Pipo’s family.

Aside from showing problems caused by poverty and environmental concerns through the boy’s story, award-winning filmmaker Richard Soriano Legaspi says that his film also pays tribute to manual film cameras and all the photographers who we often forget to thank for documenting precious moments in our lives.

Before vying for several awards, including Best Film, Drama award and others, in the Summer Edition of the film festival, Pipo also competed in the U.S., Colombia, India, Malta, Portugal, Taiwan, Bosnia and Herzegovina, Mexico, Germany, United Arab Emirates, and another Greek film festival in Athens.

The open-air film festival, which is being organized in cooperation with the Municipality of Archanes-Asterousia, the Vathypetro Association, and with the support of the Regional Authority of Crete, is the first of its kind to be held at the largest island in Greece. The competitive event aims to bring audiences in Crete closer to the best international productions and promote the art of filmmaking.

Legaspi was a film directing fellow at the Asian Film Academy in Busan, South Korea and a graduate of Ricky Lee’s 14th Film Scriptwriting Workshop. His works are more focused on raising consciousness and creating space for dialogue on communal issues, responsible transformation of society and creative activation through contemporary art. He is a two-time Gawad CCP winner, a Palanca awardee for his screenplay Primera Bella, and a UNESCO Laureate and resident artist of the Università delle Idee (UNIDEE) and Cittadellarte-Fondazione Pistoletto and winner of Illy’s Art for Social Change Prize in Italy. 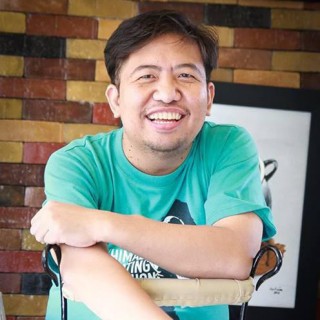